Chris “Conisbee” teamed up with C.O.L.D.”-member Chris together as “ChrisX2”.
Both are well known in the modern Hard Dance world. Chris Conisbee for his straight to the point tracks on Fatal Energy, Innergize and Rapture Recordings.
And C.O.L.D. for their Hard Trance Records on labels like Hyper Reality Records, Fatal Energy, Idiosyncratic Audio, GT Digital and so on. 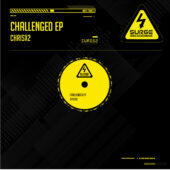